Engagement is a buzzword.

But it’s one that most companies need to pay more attention to.

All engagement means is giving people opportunities to connect with you throughout the entire buyer’s journey and beyond.

The goal of engagement is to build relationships with people, real human beings, that lead to success for both of you. Their problems are solved, and you grow your business.

Focusing on engagement and human connections means making a couple of slight adjustments to your company mindset a culture, but it’s all to the good.

Your mindset will be reflected in the way you grow your business, and that’s going to reflect how you drive engagement.” -Todd Hockenberry

The first mindset adjustment is really taking to heart the concept of engagement. Engagement is really the recognition that people want to be treated like people.

It’s a simple concept. Like the Golden Rule: Treat others the way you want to be treated. Except in this case, communicate and engage with people the way in which they want to be engaged.

For instance, you wouldn’t want to put in an inquiry to a company’s website and never hear back from them. So, why are we reading statistics showing that up to 50% of leads don’t receive a follow-up?

It mostly comes down to an emphasis on putting numbers in the books rather than engaging with people.

Engagement as an inbound strategy is about getting the buyer to choose your product because it’s the best one that solves their problem. (We wrote about this type of inbound strategy extensively in the book Inbound Organization, in case you’re interested.)

Most companies don’t have a unique strategy that defines what engagement is and prioritizes engagement over the outcomes (e.g. sales).

· Who you’re talking to

· How they want to be talked to

· When they want you to talk to them

· What they want to get out of those interactions

And importantly: Being willing and disciplined about following up quickly on engagement opportunities.

Instead of prioritizing another old-school sales tactic to pump up the bottom line, try focusing on cultivating an engagement mindset to achieve real results.

“The goal of engagement is to build relationships with people, real human beings, that lead to success for both of you.” -Todd Hockenberry

Engagement is meaningless without people. You won’t have engagement if your company doesn’t have a mission and a culture that puts people first.

That’s why the second piece of forming an engagement strategy is establishing the mindset of putting people first. That means prioritizing people over processes, bureaucracy, or revenue.

There are real people on the other end of the phone, meeting table, or internet connection. They have an actual problem that they are trying to solve. They’re reaching out to you or accepting your communications for a reason.

If you don’t have a strategy to engage with these people, then you are inadvertently telling the marketplace that you don’t value people first.

But by prioritizing people, do we mean A) your customers, B) your prospects, or C) your employees?

The answer is, of course, D. All of the above.

If you give your people (your employees) a compelling mission and show that they are the priority, they’re going to go after your prospects and help them and your existing customers at a much higher level.

People want that sense of purpose. And if you give them that as a mission to go out and focus on putting people first, that’s a powerful mission that will bring positive results.

You put your people first so they will put your prospects and customers first.

As a result, you open up a way for you to connect with people and to add value to a relationship that’s a win-win for both of you.

Engagement and prioritizing people, or putting people first, are intertwined concepts. They both require a shift in the company mindset and culture to say:

This post is based on a podcast with Todd Hockenberry. To hear this episode, and many more like it, you can subscribe to The Industrial Executive here. 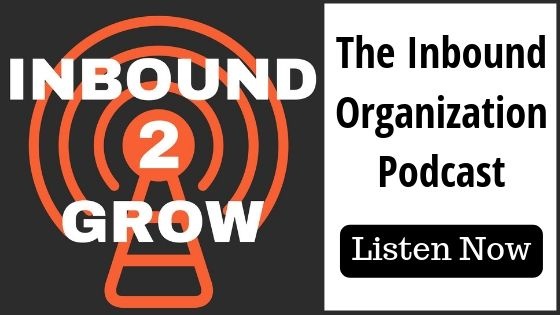